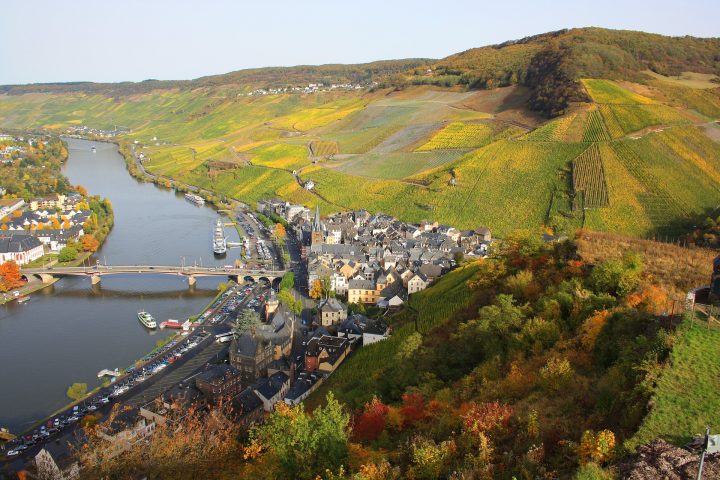 Whether used to buying wine online or tasting different vintages at events, wine lovers will love exploring the Rhine.

The Rhineland-Palatinate region of Germany produces more than two-thirds of the country’s wines. It covers six of the 13 wine regions in Germany and covers a massive 159,000 acres of vineyards. All of which make it the ideal choice for wine aficionados.

For the most visually stunning option, choose the Middle Rhine. This runs through a valley liberally lined with castles among Unesco listed countryside. Most of the wines from here are white, with varieties including Rieslings made from the Silvaners grape. This is known as the ‘queen of grapes’ thanks to its delicacy. Among popular reds from the region are the deep red Portugiesers and the drier Dornfelders.

Most cruises down the Rhine sail between Amsterdam and Basel, with loads of stops on the way. A popular highlight is the town of Rüdesheim, which makes its own wine. It’s home to one of the best-known streets in Germany, the Drosselgasse, which is crammed with taverns serving up local specialities.

When you’ve tasted enough of the wines, you can take in a panoramic view of the region’s vineyards via a cable car trip up the Niederwald Monument.

The largest vineyard in the Middle Rhine is the family-run Wagner. You can try wines from the vineyard at the Weinhaus Wagner, which is in Koblenz. This beautiful city sits at the confluence of the Moselle and Rhine rivers.

Further down the Moselle river, you will find Bernkastel-Kues. This has an interactive Wine Museum, which offers virtual flights over the vineyards to interested visitors. You can also taste wine in its old cellars. The Cologne Wine Museum is also worth a visit. It’s difficult to miss, as it has its own vineyard on the roof. It’s packed with more than 40 different varieties of grape and inside, the museum follows the history of wine from the Romans all the way up until the present day.

There are loads of wine festivals along the Rhine, particularly between spring and autumn. The peak season for wine-orientated events is August and September. A highlight is the Bernkastle-Kues festival during the final weekend of August. It’s famous for crowning a wine queen and hosting a spectacular vintners’ parade.

The main festival is called Rhine in Flames, which marks the beginning of the harvest season. Held over five weekends between May and September, it boasts massive firework displays lighting up the river at different locations. Various historic buildings and castles are lit up at night, making for stunning views along the river.

Most organised cruises include regional wines served with dinner, and you can always buy your own and bring back on board along the way. Many cruise providers cater for wine lovers with cruises including talks by experts, guided tastings and loads of visits to cellars and vineyards. 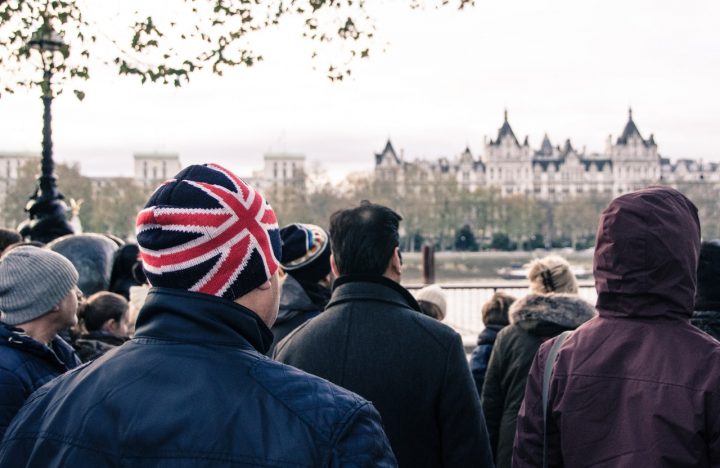 If you’ve ever felt baffled by the array of wines on offer, you’re not alone. While people in the UK famously love their wine, many have very little understanding of the nuances of the subject. In fact, a recent report says that 75% of British people are foxed by wine and 73% admitted being confused by wine lists in restaurants.

Six in ten people (58%) reported feeling that they don’t know enough about wine to feel confident when ordering and more than a third (36%) have no idea what they’re doing when invited to taste a wine at the table.

Typically, people in the UK spend around £25 for a bottle perfect for a dinner party, but a tenth regularly stump up £100. Despite being willing to pay a bit more, most don’t know what to choose in store, with 29% simply opting for anything on offer and 23% always sticking to wines from the same region or country. Only 18% bother to try and match the wine to food they’re eating.

The survey took in the wine-based opinions of 2,000 people in Britain for a Californian winery. In response to the results, wine expert Joe Wadsack from the BBC’s Food & Drink show said: “It’s amazing how far a little useful information can take you. Knowing what food tastes good with what sort of wine, and more importantly why, is very useful information to have.”

Understanding basic food and wine pairings will ensure that you will get the most enjoyment out of your dinner but will also help to avoid matches that just don’t work. Some wine and food combos clash and can make food taste strange.

Some tips for wine novices include using the right glass. For examples, red wines taste smoother and breathe more easily in big bowl glasses with tall stems, while whites work better in glasses with a narrower rim and smaller bowl as they stay cool longer.

Red wine should always be served at just below room temperature to help appreciate its flavours and savour the subtle aromas. If it’s served too warm, reds can taste ‘jammy’, and not as nuanced as they should.

Don’t be put off by wines with screw tops, which are commonly assumed to be of a lesser quality, and don’t be fooled by prices going up. This doesn’t necessarily mean a better wine, it could mean it was a poorer harvest leading to fewer bottles.

Follow these simple tips and learn some basic food and wine pairings, and you’ll be able to enjoy wine to the full.

New Zealand has much to offer tourists. From beautiful, endless countryside to visits to the Lord of the Rings set, there’s something for everyone. Ideal Wine Company review where every wine lover should be visiting this year.

Wine lovers are also well catered for in this area, as figures show that New Zealand is becoming ever more popular as a wine tourism destination.

In fact, the recent figures from trade body NZ Winegrowers shows that wine tourism has sharply increased with a quarter of all tourists visiting a vineyard or winery while in New Zealand.

The figures state that the 24 per cent of tourists from overseas that visit vineyards has leapt from 13 per cent just four years ago.

Tourism up in general

So far in 2017, New Zealand has welcome around 3.65 million visitors to its shores. This is an increase of 10 per cent on the same time in 2016, according to figures from the NZ government.

The trade body (NZ Winegrowers) has been quick to capitalise on the increase in tourism by launching a brand-new website. The site acts as a hub for information on wineries and vineyards for tourists to visit.

Marketing director Chris Yorke says: “Wine tourism provides an exciting opportunity for us to showcase our wines in the unique locations where they are grown and produced.”

The new website contains information on more than 450 wineries and vineyards. Visitors can filter by regions and by four kinds of experience: vineyard tours, wine tastings, dining and staying at vineyards that offer accommodation.

CEO of Tourism NZ, Stephen England-Hall, puts the popularity of wine tourism down to the wide appeal of visiting sites at any time of year across different regions. He says: “Our research has found that wine visitors spend more, stay longer, and visit more regions than the average international holidaymaker.”

Auckland offers the most wine and vineyard experiences with 90 to choose from. Even the area with the least wine attractions in the country (Gisborne), there are still 14 to discover.

The weather woes continue for many vineyards across France and Spain, which have been hit by unseasonal weather. Ideal Wine Company discuss the weather conditions hitting Beaujolais.

While the late spring frosts are finally history, unexpected weather conditions are still taking their toll. For example, some of the 2017 Beaujolais harvest looks likely to have been lost following a brutal hailstorm in mid-July.

The summer hailstorm hammered the Beaujolais region, leading to damaged crops and uncertainty for the vineyards. It’s something that will feel familiar to the vineyard owners, who suffered a similar fat in 2016. However, this year’s storms have caused more damage on a wider scale.

Situated up in the north, the Beaujolais Crus vineyard looks to have been one of the worst affected. The storm also hit Chiroubles, Morgon, Chenas, Fleurie, Moulin a Vent and the north of Régnié.

Fleurie is a picturesque village and was one of the worst hit, with the violence of the winds damaging not only the vineyards, but also many houses. The affect on the infrastructure throughout the villages and towns affected show the extent of the storm and the strength of the winds.

The president of InterBeaujolais, Dominique Piron, said: “It was a tornado. I have rarely seen this. The small hailstones and the wind have a sandblasting effect on the vines.”

The full extent of the damage is still being assessed, and it’s clear that many vineyards and people have been affected. Dominique added: “In our modern world, it is difficult to accept such a sudden event. But it is unfortunately the lot of those who work with nature.”

This year has seen a plethora of destructive weather conditions affecting vineyards across France, Spain and Italy.

Late frosts in May and early June, along with freak storms later on in the summer have led to many crops being affected. It is likely to affect both the price and the amount of wine available on shelves next year, although just how much remains to be seen.

Tuscany is a beautiful place for a holiday, particularly if you’re a wine aficionado. There’s something magical about the rolling Tuscan countryside, with culturally rich cities sitting in among ancient greenery. Ideal Wine Company discusses why this is a perfect getaway destination.

And, to create a holiday destination perfect for people who love both northern Italy and wine, a new wine ‘town’ has just opened in Bolgheri. Situated on the Tuscan coast, this ‘World Wine Town’ offers tastings, restaurants specialising in wine, self-catering apartments and even holograms of Italian winemakers.

A wine museum is situated just on the edge of Castagneto Carducci. This three-storey celebration of the region’s wine history boasts the holograms of Gaddo della Gherardesca, Niccolo Incisa della rocchetta and Piero Antinori, all presenting stories of their wine making family history.

The huge museum space was designed by Academy Award winner Dante Ferretti and promises to wow visitors. The museum costs just eight euros to get in, and of course this includes a wine tasting.

Plenty to taste and try

There are three restaurants in the resort, including a faithful reproduction of an Old Tuscan inn. For a real taste of the old world you can eat at Osteria Vinality, or go for Mercato del Borgo, which serves up very local food.

All of this is ideal for the wine lover’s perfect holiday. They can even stay in the self -apartments and use this wine town resort as the base for their Tuscan holiday – if they can bring themselves to leave its grounds that is!

The resort is planning to open a wine education centre in 2018, to catch the interest of the next generation of wine lovers.