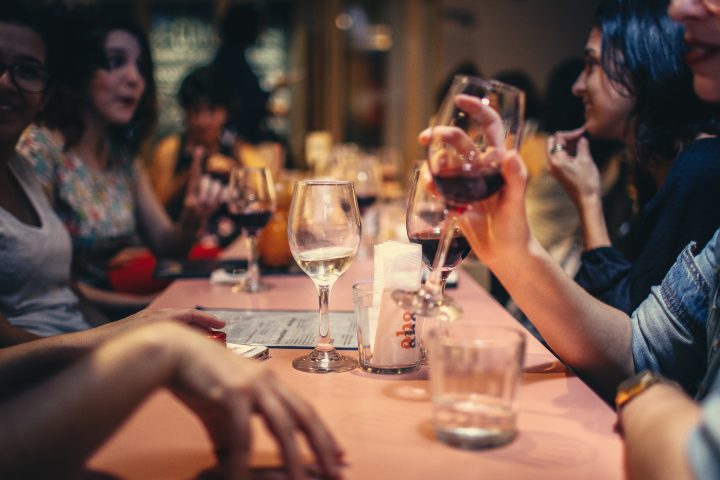 Wine has officially overtaken beer and spirits as the UK’s favourite alcoholic drinks, according to a new YouGov survey. More than 60% of adults say they prefer a glass of wine to any other alcoholic drink.

White wine topped the list, with joint first position going to pinot grigio and sauvignon blanc. Third is Malbec, with Shiraz in fourth, and the always popular prosecco coming in fifth.

Why wine is the nation’s favourite drink

Two thousand people were surveyed, and results show that 81% say they regularly enjoyed wine over the last 12 months. The wine-lovers just edged out those who prefer beer or spirits, which came in at 79%.

The last time wine was voted in as the nation’s favourite drink was in 2015, when a survey by the Wine and Spirit Trade Association (WSTA) showed people aged between 25 and 34 prefer wine to other alcoholic drinks.

It’s unsurprising to see that wine is the nation’s favourite tipple, when the UK is now one of the fastest growing wine regions in the world. Thanks to the weather warming up significantly, more than three million vines have been planted across Suffolk, Northampton, Essex and Norfolk in 2019 alone. This is twice the number of vines planted in the whole of 2018.

Two thousand people were surveyed, and results show that 81% say they regularly enjoyed wine over the last 12 months. The wine-lovers just edged out those who prefer beer or spirits, which came in at 79%.

The wine industry has been pushing a campaign against Government increases on duty for wine over the last few years. The industry wants Chancellor Sajid Javid to cut duty tax on wine, which has gone up by 39% over the last ten years. However, beer has gone up by 16%, and spirits by 27%, both considerably lower than wine.

According to industry experts in an article in The Morning Advertiser, wine duty tax accounts for more than half (£2.68) of the cost of a £5 wine. And according to the WSTA, more than two thirds of UK adults also believe that wine is taxed too highly, and that the Government should cut rates.

White wine comes out as top choice for UK consumers

The survey also shows that UK wine consumers are most likely to select a white wine, with 41% opting for a Pinot Grigio as their first choice. Each wine type is broken down by percentage of drinkers who choose it:

YouGov’s survey results show that old assumptions about wine being for the middle classes are no longer correct. The social grade C2DE (classified as the old ‘working class’) show that wine is as popular as beer, with 23% saying each is their favourite.