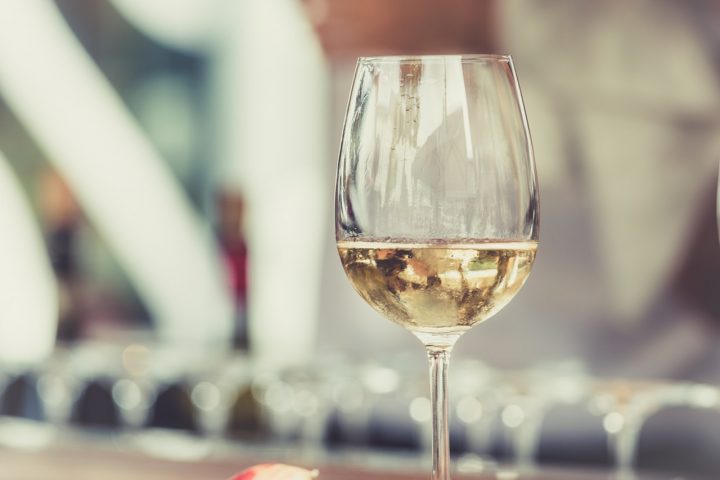 Most wine-lovers include New Zealand somewhere in their favourite bottles. The popularity of New Zealand wines has always been impressive in the UK, which is surprising when you consider how little they actually make.

New Zealand makes less than 0.5% of the total wine production in the world, but its high quality and accessible flavours make it an enjoyable choice. The UK is one of New Zealand’s most important and valuable export markets in the world. Let’s take a look at why New Zealand wines are enjoyed by so many people, and exactly what they produce.

Fertile soils abound in New Zealand, and these combined with its temperate climate make it an ideal location for wine making. It’s famous around the world for producing delicious whites and reds and have plenty of varieties to choose from.

Almost 60% of New Zealand’s wines are from the Sauvignon Blanc grape. The Marlborough region makes most Sauvignon blends and has done since the first grapes were planted in 1973. By 1990 New Zealand became well known for its Sauvignon Blancs both locally and internationally.

The 1990s also saw a boost for Chardonnay from New Zealand, although it’s never been as popular. Hawke’s Bay and Gisborne specialise in full and medium bodied Chardonnays due to their location in the warmer North Island. In the same decade Pinot Gris gained popularity. It’s produced throughout the country and makes up around 7% of New Zealand’s wine production.

The colder regions in New Zealand make a lot of Pinot Noir, which makes up 8% of the country’s overall wine production. The South Island is known for many red wines, including the fuller bodied and freshly aromatic flavours of Marlborough’s Pinot Noir.

Red wines from Waipara Valley are enjoyed for their more savoury flavours, and the Central Otago region produces soft and fruity reds. Cabernet Sauvignon wines are also well renowned in New Zealand and go back to the early 1800s. Around 80% of the Pinot Noir production takes place in Auckland/Northland and Hawke’s Bay.

Mass production of Riesling began in the 1980s, despite the grape being introduced in the 19th century. Around 90% of the country’s Riesling is made in the South Island and is centred on the Waipara/Canterbury region.

Shiraz on the other hand has always struggled to gain a hold in New Zealand, despite its popularity in Australia. It makes up just 1% of the country’s winemaking production.

Due to New Zealand’s wine reputation, there are lots of wine trails, vineyards and wineries in New Zealand that have become extremely popular tourist attractions.

Around 52 per cent of wine served at high-end events at the British Foreign Office is now English. The government is increasing the number of wines made in England that they buy every year, as well as those served at official events. Ideal Wine Company take a look at why the shift to English wine has occurred.

Figures show that 3,052 bottles of wine were bought during the last 12 months. Of these, 1,500 are English (equivalent to 50 per cent). Ten years ago, English wines in the government’s cellar consisted of only 20 per cent.

Miles Beale of the Wine and Spirit Trade Association is happy with this increase. He says: “We have urged government departments to ‘serve British’ and it’s great to hear that the FCO is stocking, serving and therefore supporting English wine.

“Consumers worldwide have woken up to the fact that English wine is a product of supreme quality.”

Government wine cellar
The government has had its very own wine cellar for many years. It’s looked after by the Foreign and Commonwealth Office (FCO) and is meant to be self-sustaining in financial terms.

Wines are generally bought young and left to mature. The annual statement for 2015 to 2016 shows that the cellar boasted 33,669 bottles of wine and spirits. The total value for the cellar’s inventory was £800,000 as at March 2016.

Wines are selected for use at each event, depending on what kind of event it is and who is invited. The more senior the invited guests, the better the quality of wine they are served.

A private member’s bill was introduced in March by MP Nusrat Ghani to make sure that British consulates and embassies serve English wine at events. She said: “In a post-Brexit world, we must do all we can to get behind industries that show the sort of potential of our wine industry.”

Wine producer Jonica Fox, who is based in East Sussex, is also pleased with the figures. She said: “The Foreign Office is now flying the flag for us all.” As the UK is now home to more than 500 vineyards and produces millions of bottles of wine every year, it looks like this is one industry that could thrive post Brexit.

Historically, the UK may not be famous for its wine production, but that’s set to change. This year, British wine producers will plant a record one million vines, which will give growers the tools to make two million more bottles of wine a year. Ideal Wine Company delves into the revelation.

It’s clear that wine is now one of the most impressive and fastest improving agricultural products in the country. During the last decade, according to reports from the English Wine Producers trade body, the grapevines planted in England and Wales have increased by around 135 per cent.

New planters all over the south of England

One of the biggest new vineyards is at Rathfinny wine estate in East Sussex. Close to Afriston, this vineyard has around 400 acres currently under cultivation. It’s owned by Mark Driver, who used to be a hedge fund manager in London. He intends to release the vineyard’s first sparkling wine next year (2018).

Other new planters include two huge champagne houses from France, Vrankin-Pommery Monopole and Taittinger. They’ve announced big wine projects in the south of England in Hampshire and Canterbury.

Due to all of these exciting innovations within the UK, brand new annual wine awards have been introduced. Aimed at finding the UK’s finest wines, the awards are another sign of the industry’s prosperity.

One of the world’s biggest threats seems to have helped improve the growing season in England – global warming. The industry is now viable across the south of England, in some parts of the east and as far as Wales. It’s not the only reason that vineyards are able to be planted now though.

Technology is improving all the time and this is a big factor in the industry’s expansion. Wine growers use meters that can work out grape sugar levels so that wine growers can decide the best time to harvest the grapes. Better weather reports due to improving technology in that area also help the growers and wine makers to work within the famously changeable weather systems in the UK.

There’s also been a move from consumers to buying more expensive wines, meaning people are happier to buy English wines, which typically start at £10 a bottle. Typical prices for the best sparkling wines, like Nvetimber from West Sussex, sell for around £35.

UK wines have been selling more and more since 2000, with top tier supermarkets such as Marks & Spencer and Waitrose now stocking dozens of different Welsh and English wines. Restaurants are helping the increase in sales too, as English wines are becoming more popular across the board.

Rob Graves is the head of wine and food buying at Harvey Nichols, arguably one of the finest retailers in England. He said: “Sales have been steadily increasing since 2011, but in 2016 we saw a peak in interest. Our customers are hugely supportive of this category and are keen to taste wines from lesser known producers.” Harvey Nichols has recently added four new producers and 15 new English wines to its shelves, from Litmus and Witson, Hattingley Valley and Gusbourne.

It seems the UK wine industry is set to grow and grow.