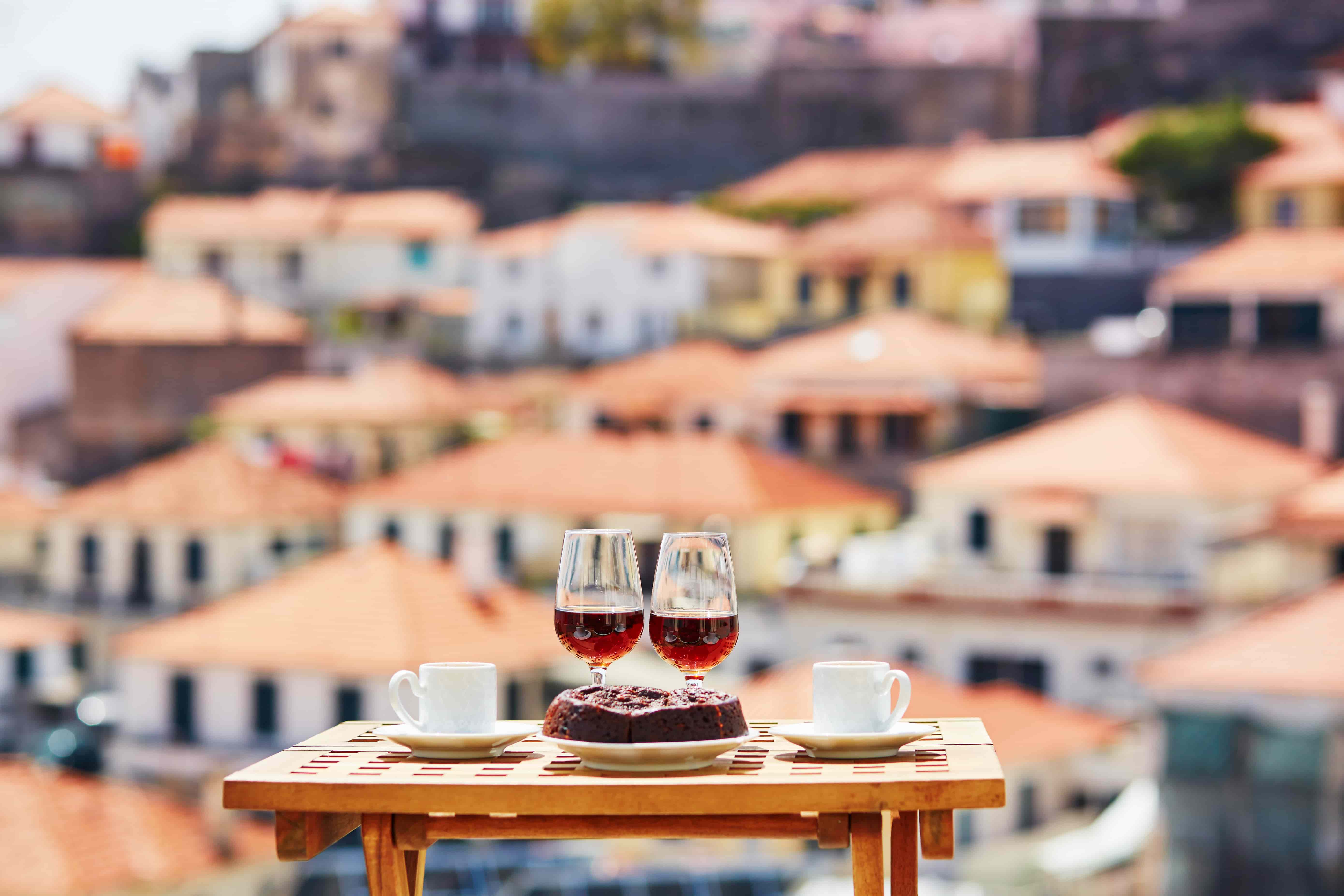 For many, Madeira wine is used primarily for its versatility in cooking. But it can also be delicious to drink on its own. Here’s a quick history of one of the most underpraised Portuguese wines, and a few of the fortified wines to try.

Madeira’s history as one of the best Portuguese wines

The Portuguese Madeira Islands are just off the coast of Africa, and the famous wine comes in a number of styles. From dry versions that are nice to drink on their own, to sweeter Madeira wines that go perfectly with dessert, there are plenty of varieties. Some of the cheaper versions used primarily for cooking are flavoured with pepper and salt.

Madeira’s winemaking history goes way back to the end of the 15th century. At that time Madeira was a stop in port for ships heading out to the East Indies or the New World. The local winemaking industry made wine for the ships, and to preserve it on long sea journeys, mixed in neutral grape spirits. When a consignment of unused wine returned to the island after a long round trip, the winemakers discovered that the heat and movement of the journey transformed the wine’s flavour.

They then began storing the wine in special rooms exposed to the hot sun, so that the wine would replicate these changes. Into the 18th century, Madeira became more and more popular. All the way around the world, from Brazil in the New World to the colonies in America, people developed a taste for it.

Fall and rise of Madeira wine

The Madeira boom ended somewhere in the middle of the 19th century, after various mildews and moulds began to blight the wine. By the start of the 20th century, sales had risen again, until American Prohibition in the 1930s and the Russian Civil War after the revolution destroyed two major markets for the fortified wine.

During the rest of the 20th century, Madeira continued to lose some of its popularity as a drinking wine. It became known as a lower quality cooking wine. In 1988, a Portuguese family invested in the owner of many Madeira brand names – the Madeira Wine Company. They relaunched it and marketed specifically towards America, which was the start of the wine’s rebirth.

Producers began to focus on higher quality Madeira again by replanting the noble grape varieties of Malvasia, Bual and Sercial. Today, the major markets for Madeira are France, Germany and Benelux, with growing markets in the US, Japan and the UK.

This Madeira is really delicious as a cooking ingredient, but it’s too good not to enjoy on its own. It has a combination of nuttiness and dried citrus flavours with an acidity overtone. This Rainwater blend is medium-dry and relatively light.

Madeira has the added advantage of staying fresh for ages, no matter how long it’s been open it will retain its character. And while it’s often assumed this is the same with other fortified wines, Madeira holds up better than Sherry or Port after being open for a while. This longevity is down to the production process that uses heat to age the wine.

This Madeira is rich and sweet and ideal to drink with dessert, showing just how many varieties there are. The high alcohol content of Madeira puts some people off considering it a wine to drink rather than cook with. It goes up to about 19%, but for a sipping dessert wine it’s absolutely perfect. Maybe it’s time Madeira came out of the pantry and went back on the table where it belongs.