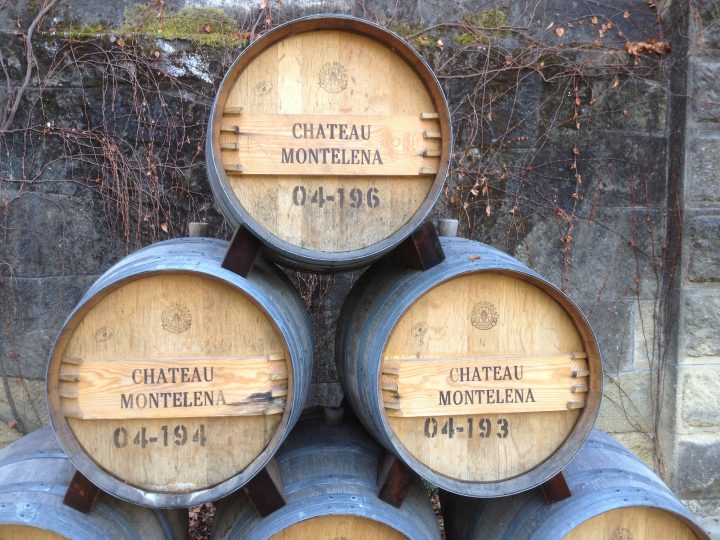 If you’re a lover of wine, then the chances are you have heard about ‘oaked’ wine. But do you know what it means and how it affects the wine you choose to buy?

Oak barrels have been used for centuries to store wine, but it’s only much more recently that winemakers have started to understand the way they affect the wine. Oak barrelling affects the body and flavour of the wine and adds softer tannins to the final product.

How is oaked wine made?

A range of woods and different kinds of oak are used to make vessels to store wine around the world. However, there are three distinct types that are recognised for the specific effect they have on wine when it’s stored in barrels made from them. These are Quercus Robur and Quercus Patrea, which are both used in France. In the United States, the white oak variety Quercus Alba is used most often and is generally described as ‘American’ or ‘French’ oak.

Before oak is used as material to make the wine barrel, it is specially seasoned. This can be achieved by warming the wood using a kiln. The best method to achieve this, according to winemakers, is to season the wood in the open air. This allows the sun, wind and rain to slowly remove chemicals and bitter tannins from the wood, leaving it perfect to use for wine barrels.

Weathering the oak in this way takes between two and three years, which is perhaps why some prefer to use a kiln.

When the oak has been appropriately seasoned using either method, it’s chopped into small lengths called staves. The winemaker will decide on the size of the barrel according to their needs. If they want a very large barrel, this will be to expose the wine to as much oxygen as possible. This softens the natural tannins in wine and gives dried fruit flavouring to the wine.

Often, flavouring is added to the wood used. This needs smaller barrels and for Rioja and Bordeaux, barrels that hold 225 litres are used. Wood used in this way adds sweeter spice flavours to the wine, such as vanilla. It also softens the tannins, making the wine smoother on the palate.

How long is wine aged in oak barrels?

The length of ageing can be from just a few months to a number of years, depending on the tannin and phenol levels in the wine. These act as preservatives and keep all the fruity flavours and aromas.

Winemakers all over the world use oaked barrels to age their wine using both French and American oak. The latter gives more intense flavours to the wines and are also less costly. These flavours are generally too intense for more delicate wines, and it’s usually used for medium and full-bodied reds, as well as full whites like chardonnays from the New World.

French oak barrels cost approximately €1,000 and are notably more expensive than those made from American oak. This adds a significant cost to each bottle made using barrels made from French oak. There are various ways to give a similar ‘oaked’ effect without paying premium prices. These include putting the oak directly into the wine rather than paying a craftsman to make, fire and finish a barrel. Instead, staves are placed inside containers made from stainless steel to impart the oak flavours into the wine. The cheapest way of all is to use oak ‘chips’, which are put in a muslin bag and dropped into the wine. To be sure which method has been used on the wine you choose, look out for the labels. If it says ‘aged in oak’, then that uses the traditional method, while ‘oak aged’ could refer to a cheaper way of imparting flavours into the wine.